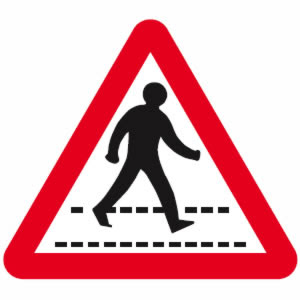 Arundel Town Council are seeking your feed back on parking changes in Arundel, it's a short survey please go online clicking this   LINK.

For the changes to go ahead we need a reasonable feedback to present to West Sussex County Councils Highways.
Posted by Paul Dendle at 15:33 No comments:

Now the election is over, (I write this before the result is known) I believe the route options for the A27 Arundel bypass will be announced in July, I hope we can all have a robust debate and i hope you will give your opinion into that process, don’t let outsiders from Brighton hijack this!

I have been in robust debate with people on Facebook regarding the By-Pass, my views are my views alone, I support OneArundel.co.uk the Pro Bypass offline campaign, but I don’t speak for them.

I have said this before, the more I think about it the more I think it should happen.I personally do not want to have a junction north to Ford Road from the Pink blue route (If that is chosen) , but I do want one to the south, this would save a considerable amount of public money and would create a peaceful enclave of South Arundel, with no through traffic on Ford road and no Rat Running.

You may ask how someone from Ford Yapton or Climping could travel to Arundel?  You would be able to get on the bypass at the Ford Road South Junction and travel either east or west and pick up the old A27 to access Arundel.

This would transform our community, I would have a footpath/Cyclepath going under the bypass and hopefully we would have that footpath/Cyclepath extending to Ford Station so school children can walk or cycle to the station to take the train to Chichester,  they currently have to navigate traffic going at up to 70Mph.

I also want to get a large car park built to the south of Ford Station (Land directly south west is owned by the environment agency) and hopefully money will be given from the bypass project to support this as well as foot paths and  cycleways.

Also I think there is an opportunity to completely re-model ford Road Roundabout creating a much more environmentally friendly space, still allowing traffic flow from the A284, but ideally with traffic lights and pedestrian crossings

Like I said, these re my views and I will feed them into consultation when that starts, but all of you can write, email when these options are announced, so think what you want and then tell the government

If you have not signed up yet please go to OneArundel.co.uk and sign up for emails


UPDATE:  I have been advised that the route options will not be available now until September as Worthing & Lancing have jumped ahead of Arundel in the Consultation pecking order,

Questions to the Cabinet

Please see three questions I asked at Cabinet on the 19th of June, As a Ward Councillor it is my duty to hold the executive to account without fear or favour
Q1 to Cllr Gill Brown Leader of the Council
"You confirmed at Overview Select Committee in a question put by Cllr Dingemans that you had no Contingency plans for an increase in housing in the Local Plan,  If housing numbers substantially increase to more than 1200 pa which I believe they might during the local plan inspection and bearing in mind you kept in position Cllr Bower  when many thought he should go, will you take personal responsibility for that outcome?"
Response: "The reason why the Chairman of Overview Select Committee was informed that there wasn’t a contingency plan to provide additional housing should the Local Plan Inspector consider more housing was necessary was because of a combination of factors.

Firstly, the Council has always determined the proposed level of housing according to the evidence available, whether that is the Objectively Assessed Needs assessment or other documents such as the Housing and Economic Land Availability Assessment. As you will be aware the required provision that the Council must seek to accommodate has increased rapidly in recent years.

Secondly, the Council is required to establish whether it can assist neighbouring Councils with their housing provision under the terms of the Duty to Co-Operate legislation. Thanks
Indeed the work this council has undertaken with other Councils in the area on strategic planning matters was recognised for its excellence by the Royal Town Planning Institute. Cllr Bower was chairman of relevant Strategic Planning Board at that time and the work he put into that was recognised as leading the way forward for other Councils and much admired by the Councils in our duty to cooperate area.

The cumulative effect of these factors has accounted for all of the strategic sites that had been identified as being potentially suitable for development. Furthermore, the Inspector would quite reasonably say that if we did have reserve sites, shouldn’t these be brought forward to meet, either the 1250 homes that are still required to be identified on small sites as part of our current plans, or make a larger contribution to the needs of our neighbours.
I’m not sure if that is what you are suggesting - that Arun should be providing for even more housing? In reality we don’t believe the evidence is there to support the provision of even more housing in Arun above what is currently planned for and even the development industry recognise that they will collectively find it challenging to maintain the proposed delivery rates."

Supplementary Question
I have asked if you are personally responsible and ask again for a ‘yes’ or ‘no’ answer to my initial question.
Supplementary Response
Full Council took a vote on this, which included you, Councillor Dendle, and so the responsibility is shared with the whole of the Council.

My comment on this is as Leader Gill Brown has fully been overseeing the Local Plan, she chose and kept in position Cllr Bower, what she is inferring in her response is that there should be group responsibility rather than Leaders responsibility, when it suits Gill Brown she uses her power as leader to shutdown debate and try to silence opponents, but then when it requires a leader to take responsibility she uses the group to avoid responsibility. maybe I am old fashioned, but I always thought the Buck stopped with the leader, I will continue to try and get an answer to my question.

Q2 to Dudley Wensley  Deputy Leader of the Council
"I note that in a recent write off of Sundry debts which were handled by an ICM. On enquiring with Officers it has become apparent that the policy for writing off sundry debts has not changed in over 9 years (A very long time), in fact the last time there was a review is when I held the position and I stood down in 2010! what efforts have you made to ensure officers innovate and improve the collection of outstanding debts?"


Response
The policy and procedures for writing off debts was actually last reviewed in 2014.
I am satisfied that before any considering writing off any debt the procedure is followed. As a result, every debtor has received an invoice, reminder, final notice, a letter proposing legal action, legal action and a judgement against the individual.
Unfortunately, the issue of a County Court judgement does not necessarily mean payment is made and writing off the debt is always a last resort. The enforcement options we consider include
In many cases however the individuals have NO assets or NO job and the chances of success through enforcement is consequently sometimes very low.
To put the situation in perspective it is worth noting that in the year 2016 to 2017 the total amount of invoices raised was £6.110 million of which the total collected to date is £5.726m.
To answer the question about what action I am taking to ensure officers innovate and improve the collection of outstanding debts. Working with officers we are always seeking to improve but the total of write offs in 2016/17 amounted to £28,480 which equates to 0.47%of the total debt. This is a record that in my view is an enormous credit to the officers involved and one that many commercial companies and utilities would view with envy.

My response to this answer was that we have written off since April 2010-April 2017 £340,400 (not a small amount) HMRC use recovery agencies, so why don't we? also the information I was given came from Officers, I was not aware of the "2014 review" I have asked for minutes relating to that decision and will update you.

Q3. To Cllr Gill Brown
"Officer pay has now been stagnate for over 5 years, many employees have become de-moralised by this situation, do you think it is time to give our employees a an increase linked to Consumers prices index?"

Response
Pay awards are considered annually by national negotiations with Trade Unions for all posts except that of the Chief Executive. The LGA (Local Government Association), of which we are a member, negotiates pay awards on behalf of the Council.
As a result, a 1% increase was agreed from April 2017. Officers also have annual spine point awards, unless they are on the maximum for their grade. With regard to the minimum wage, the Council is legally compliant.
To move to Local Pay could be viewed as undermining national negotiations. In addition, the national pay spine is currently under review in order to remain legally compliant with the National Living Wage.
Options are being developed with the working group and trade unions nationally and final proposals will form the basis to seek an agreement between the Employers and Trade Unions in due course.

It is anticipated that this review will result in increased costs to the pay bill and we would therefore not want to consider moving away from national negotiations while this work is ongoing and the impact of this review on the pay bill is unknown.
The outcome of the review is likely to be known in July 2017, and we will respond accordingly.

I know the difficulties our staff are having during this period of restraint. Despite this national issue, our staff work really hard to provide excellent services for the public.
Our Council performance, particularly our high public satisfaction results, confirms their hard work. In our residents’ Spring Survey 2017, 73% are ‘satisfied’ or ‘very satisfied’ with the quality of our work. I would like to thank Arun District Council staff for their continued commitment to the Arun community.

My Thoughts:  I did not ask a supplementary, but officers are now poorer than they were in 2010, there comes a time to stabilise the situation, we could award a higher figure that the nationally agreed rate, thats in our discretion.